Why do Asian women dream of Western men?

You might be wondering why so many Asian women sign up on online dating websites. Why do so many of them dream of being with a Western man? The phrase “mail order brides” is often given a bad name but the concept it merely Asian women who find Western men attractive and are open to meeting and developing a relationship with a man from outside of their home country. Online dating websites allow these Asian women to connect with men that they find attractive. 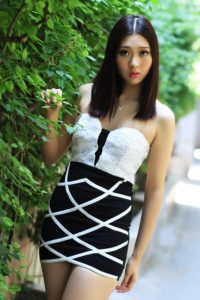 Asian women dream of Western men because they’re exotic. In the same way that men see women from Asia as exotic and unusual, this works the same the other way around. Asian women join online dating websites because they’re intrigued by men from other cultures and areas in the world and want to get to know them. How often have you spoken to someone local and not really found anything overly interesting about them but then spoken to someone from another culture and had loads of interesting things to talk about? This works the same way for Asian women.

Generally speaking, Asian women see a lot of advantages of Western men compared to the men from their own countries. For example, Asian men tend to be a lot shorter than Western men and height is an attractive quality to a lot of women. The way that Western men pay attention to their appearance, wearing smart clothes and keeping themselves well kept is an attractive quality to Asian women. Western men are seen as physically exotic with their brown, blue or green eyes, various hair colors and larger frames than men from Asian cultures. 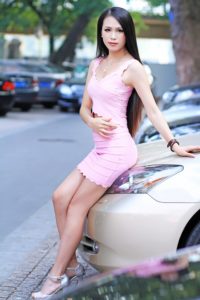 Through Western media such as films, TV and music Asian women have seen a lot of Western men and can see for themselves how attractive they can be so therefore dream of them. Registering on online dating websites can allow these women the chance to interact with men from the culture that they’ve been dreaming of, and while a lot of Asian women are quite westernized themselves it wouldn’t be too much of a culture difference communicating together.

A lot of Asian women want to experience something new, something exciting and do not see men from their own cultures as being able to provide this. They dream of Western men who can show them different cultures, different traits and excite them. People always say opposites attract which is very true with Asian women and Western men. Asian ladies register themselves in order to try to develop a connection with these Western men that they find attractive because unless you live in a huge Asian city with lots of tourists and businessmen chances are you won’t get a lot of interaction with Western men.