International Dating In The 21st Century

Dating is just not what it used to be and that is showing through in a number of different ways. Online dating has become a very prevalent activity within finding the right partner. Another thing that has become more common is international dating — but this looks very different today than it used to years ago. All of the stigma is now gone from dating in this way, and it’s helping to connect men with the ladies that they have always wanted.

This is a prominent way of a Western man finding an Asian woman that he is interested in. With the evolution of the Internet and technology being what it is, this has shaped the way that this all works. There is a better opportunity for men to see the type of woman that they want and who they can match up with. There are also more criteria for a man to use in finding a good match for him. This is like online dating but with a more targeted approach and a bigger impact for both parties.

You Can Have a New Beginning 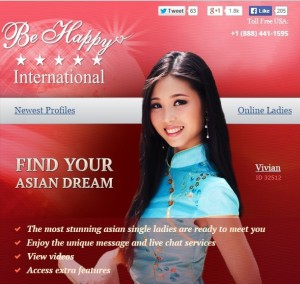 There is a great opportunity for the two parties to talk and decide if perhaps there is a match. This is not a one sided thing which makes it quite different than it used to. Though the Asian woman would of course love to move to this area of the world and start anew, she also has a say in things. She can be more detailed with the type of man that would be a match for her. She gets to ultimately be part of the decision making process and ensure that it will make her happy, just as much as the man.

For the Western man’s side of things, he can start anew with an entirely different pool of potential candidates. If he is interested in Asian woman and just can’t find what he’s looking for locally, he can go “shop around” for the right woman using the dating website services. The good thing to know is that international dating in the 21st century helps a man like this to find somebody who will make him happy. It helps him to locate the type of woman that he wants, but that he is just having a tough time in finding overall.

You Can Meet The Right Match

This is truly a matching service and just a different way of dating. It does not have the negative stigma that was once attached to it in years past as it used to. This is a great opportunity to unite two people in a mutually beneficial relationship. They get the opportunity to learn more about each other before they move forward with the relationship. Both parties get a say in things and the Western men have a chance to look for the type of woman that is a good match for his needs.

This Matches Up Two People Who Would Have Never Otherwise Met

All of this just goes to show that international dating of the 21st century is quite different than it ever was, and that there is a great opportunity to meet the right match. This is just another offshoot of online dating but it offers hope to the man who can’t find what he’s looking for locally.

It Can Make a Happy Ending

It also means that the Asian women who put themselves out there in this way can find love but also find a new beginning which is key. There is great hope and possibility in dating in this way, and it can make for a truly happy ending and great union between two people who would have never met otherwise – and that’s what this type of dating is for in the end anyhow!