We may have reached the end of summer, but in China that means that mid-Autumn festival is just around the corner, and Chinese singles will be very excited about it.

Mid-Autumn festival is a huge celebration in China. It’s the second most important traditional festival in the country, second only to Chinese New Year. It’s very much a time to spend with family, but also with friends and loved ones. 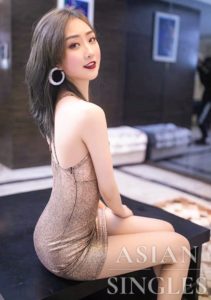 Do you want to see me in traditional Chinese clothes?

Chinese singles look forward to mid-Autumn festival as much as anyone. While they will get involved with some of the family activities, it’s also a popular time to head out and socialise.

There are a lot of traditional and non-traditional activities that Chinese singles will get involved with during the festival, here are some of the most popular:

First and foremost, Chinese singles are likely to do the same thing that the vast majority of Chinese families will be doing; enjoying a big family meal. Much like Thanksgiving in the US, the mid-Autumn festival involves everyone rushing home to be with family for the dinner.

The moon is a symbol of family reunion in China, and so families across the country will spend time appreciating it and celebrating it. They may choose to dine outside under the moon and stars, or simply spend some time as a family looking toward the moon and appreciating it. This of course does lend itself to some romantic walks with Chinese singles, so if you’re fortunate enough to be with yours, it’s well worth considering. 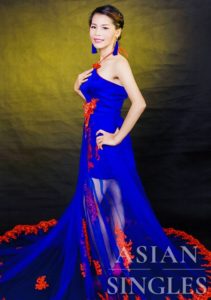 Do you find me attraclive?

For younger generations in China, eating out is increasingly popular during mid-Autumn festival. It may take place with family or just with friends in more of a social setting, but Chinese singles will love to eat out at this time.

Once the more traditional side of mid-Autumn festival is done, many Chinese singles will look to head out and party with friends. Bars and clubs are popular destinations in the evening with many of them running themed celebratory events to coincide with the festival season.

Finally, Chinese singles have helped transform mid-Autumn festival into something of a retail event in China. It’s increasingly common to hit the high street during the festival and grab some bargains. There will likely be special sales and promotions as well so that they can secure some real bargains.