What numbers mean for your Asian lady

In Chinese culture, numbers take on a significance that you may not be aware of if you’re from another part of the world. Knowing the meaning of numbers for your Asian lady could really help your relationship grow. Chinese culture has long been steeped in traditions and meanings, and numbers have always played a part in this. Some are based on superstitions, while others have meanings because they sound similar to other words in the Chinese dialects. So, what numbers do you need to keep in mind for your Asian bride? 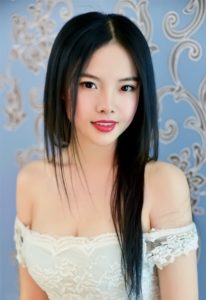 I can tell you more about my culture

Zero – For several reasons, zero is considered lucky. This is because it is a whole number, as well as being the numeral that money ends with (“0”).

Two – There is a saying in China that “good things come in pairs”, and for that reason the number two is considered lucky. Many brands and phrases are doubled or repeated in China, so keep this in mind if you’re buying any gifts for your Asian lady.

Five – Five is a really lucky number in China, and one your Asian lady will be very aware of. This is because there are five elements (earth, wood, fire, metal, water), and the number was also historically associated with the Emperor of China.

Six – This sounds like the pronunciation of “luck”, among other things.

Seven – This is perhaps the number you should be most aware of if you’re looking to build a strong relationship with your Asian lady. Seven is associated with “togetherness” and so is a lucky number when it comes to relationships. It’s also considered generally to be the luckiest number in the west.

Eight – The number eight is considered lucky for many reasons, but perhaps most notably it is associated with both “prosper” and “wealth”. You will see this used a lot around Chinese New Year. Incredibly, you will notice many major international airlines use the number 8 in flight numbers for routes in and out of China.

Nine – Once again, the number nine was heavily associated with the Emperor of China, and is considered lucky as a result of that. 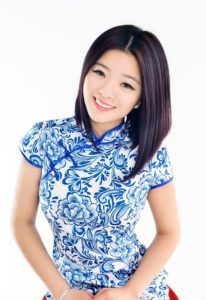 I can be your lucky lady

While many numbers are considered lucky, you should also be aware of the few numbers in Chinese culture that are considered unlucky – you do not want to offend your Asian lady.

Four – The number four is considered to be very bad luck in China and is often left out of many things, such as production lines, transport routes and floors in a building. This is because that when pronounced in Chinese, it sounds incredibly similar to the word meaning “death” and “decease”.

Five – Associated with the word “not” the number five is also unlucky in China but not to the same degree as four. Often, the number five will be paired with another unlucky number to make a positive – for example, the number 54 means “not death”.