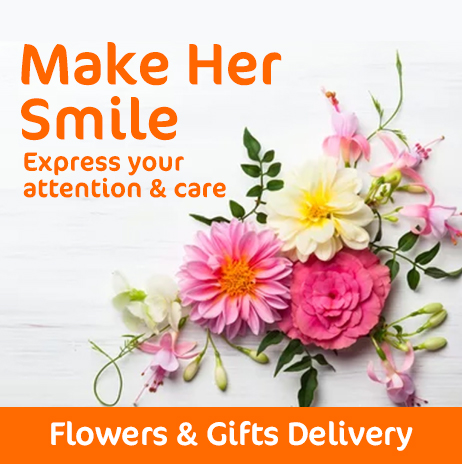 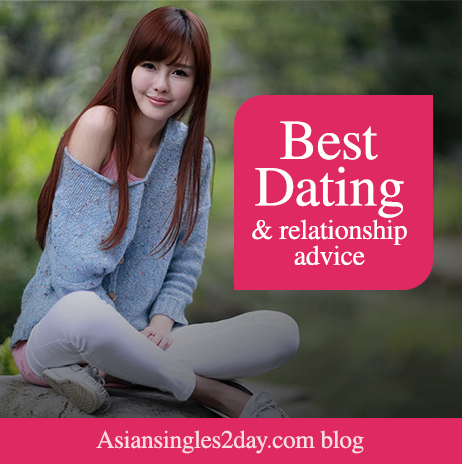 You’re welcome to contact Customer Support if you would like to leave a testimonial about our services.

Thanks to this website I found my soulmate that I’d been looking for around the world for many years.

Steve is from the USA and he began dating Li five years ago just after he got divorced so his heart was totally broken and he was tired of married life. He joined this site by accident and then he found beautiful Li who he was totally attracted to because of her beauty and elegance. He tried to contact her again and again until finally he got her attention and she accepted his love. He told us that Li has saved him from a tired heart and tired life. She is his light and power.

Li is from Shenyang and had never married because she had never found the right man to marry. When she saw Steve, she thought he was a very good-looking man, very attractive. She was really surprised and excited that Steve liked her a lot too so they started dating and then decided to get married. Now Li tells us she is a very lucky girl to have such a good man as Steve. 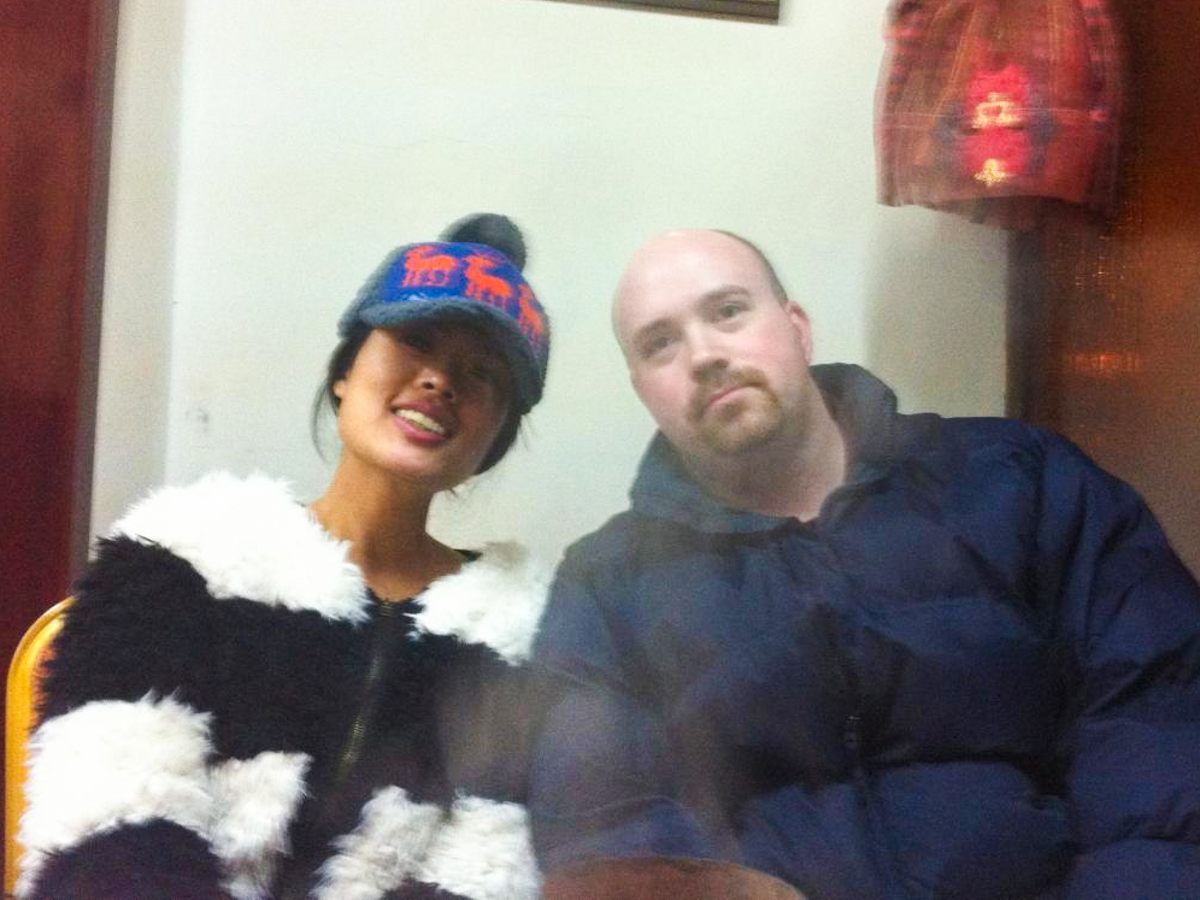 Don and Lu meet on our site and now they are happily married!

Don is a lawyer from Canada and has a loving family of two sons who are both now married. He had been single for a few years and he had always been very interested in Chinese girls so he joined our site where he found Lu. He told us that what attracted him most to Lu was her soft and warm heart. When they are together, Don feels so comfortable, so warm and so happy. He told us that this is true love.

Lu is divorced and is from Beijing in China. Her daughters live with their Dad so now she is completely alone. She felt lonely and wanted to find a foreign man to share her life with. When she first saw Don she felt so excited when they started to chat and fell in love after just one day. She told us that Don has helped her a lot and they get along really well with each other every single day. 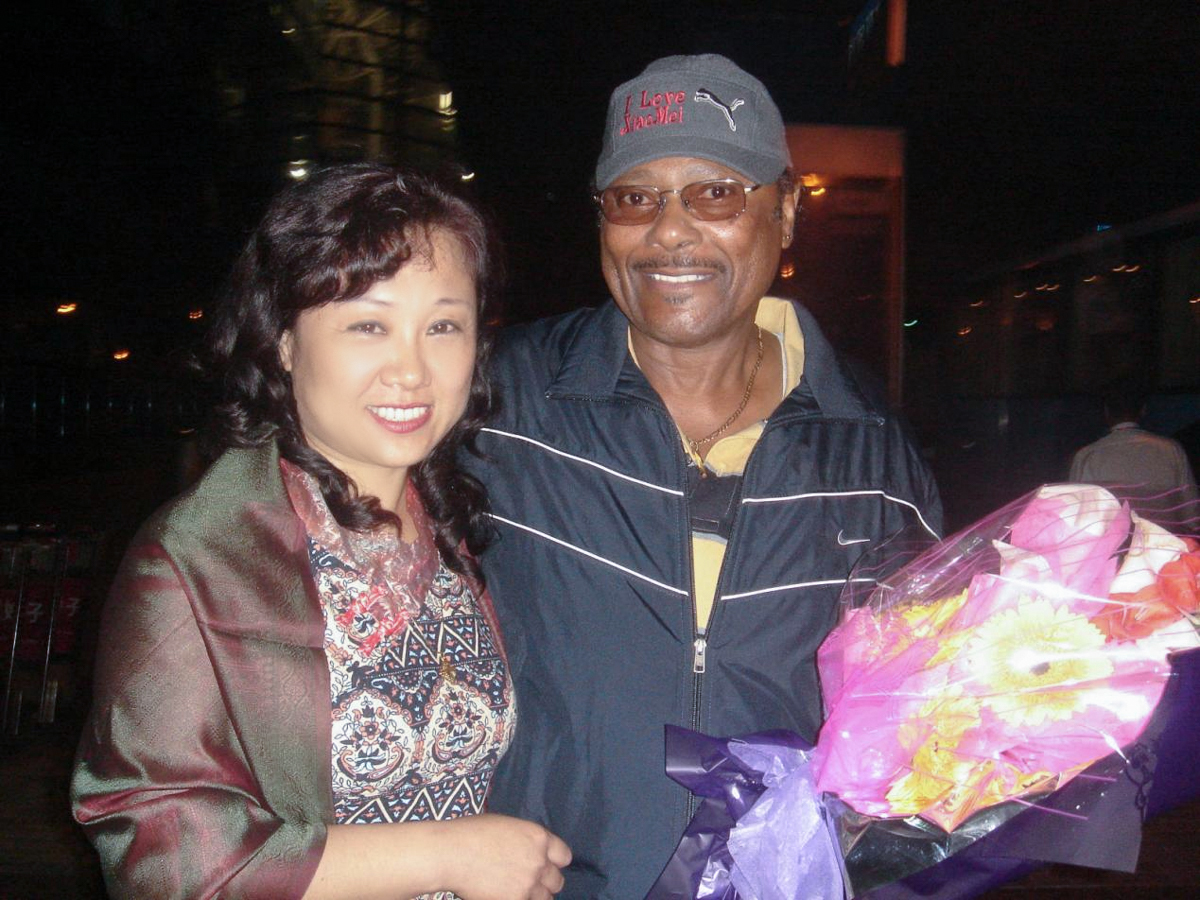 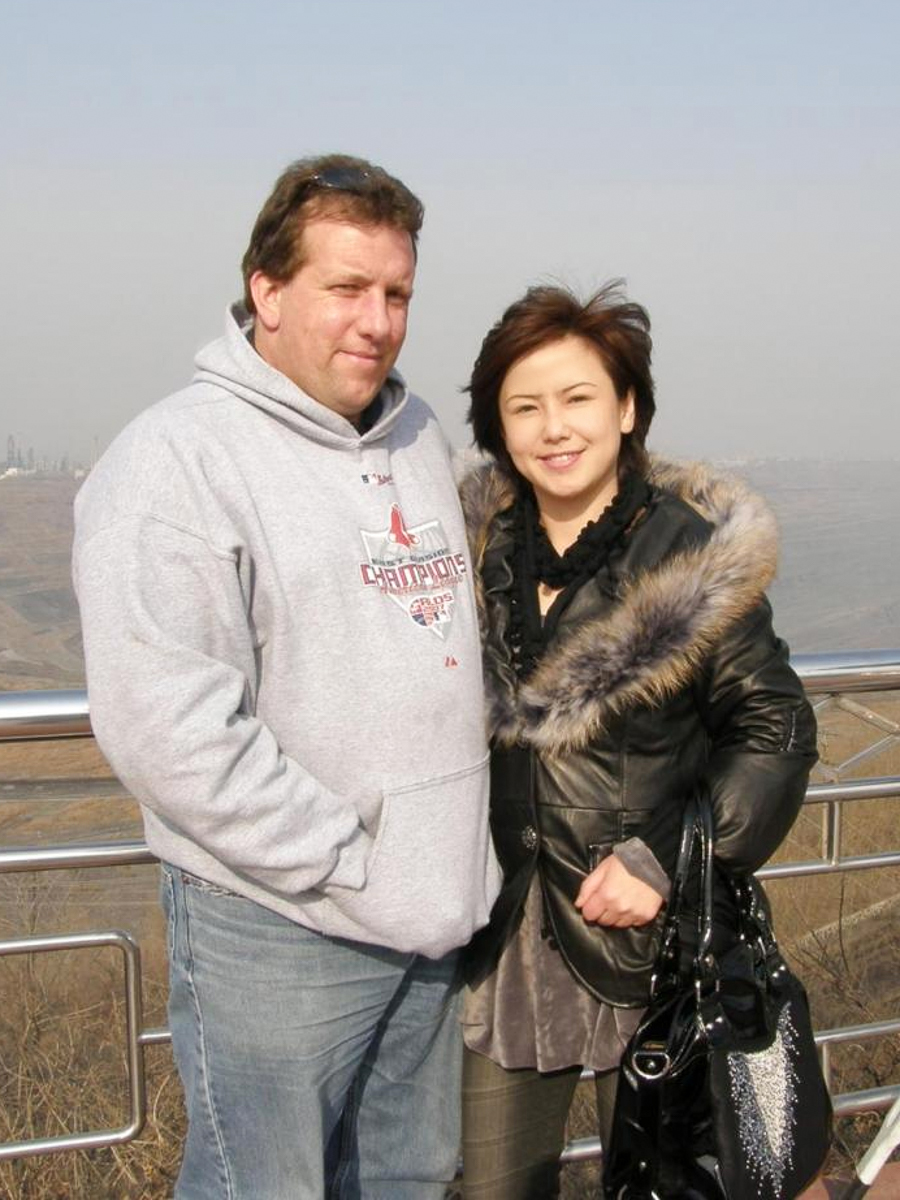 Mei and Frank are getting married!

Frank was born and grew up in the USA with his two brothers and two sisters and they are all still very close. He got married twenty years ago and had two kids who are now at college. He is a good father who loves his kids but found he was now free to find a new lady to share the future with.

He had loved Asian ladies for a long time and he finally got the chance to date a pretty lady called Mei. He fell in love with her beauty and loved her tenderness towards him. He loves her because she cherishes him and loves him as much as life itself.

Mei fell in love with Frank because she loved his handsome face and also his loving heart. She loves that he always has a good temper and also his gentleness towards her. He is a romantic man who brings her so many surprises as well as offers her safety. She trusts him a lot and told us that Frank is her light and energy!

If you are new to the dating world, you can easily trust the website and rely on it. I want to thank these guys because I found my perfect soul mate here. I browsed through various profiles and got connected with my special one.

In this picture, we can see two pretty girls and one gentleman. The girl in the middle girl is Liang and the girl beside her is her little sister who is from China. They had just been out for a nice dinner together with Liang’s new husband, James, who is from New Zealand.

James is a gentleman and father of two boys who he raised by himself. He never says it was hard for him to raise his sons because he loves them so much. He is very loving and romantic and the only thing he missed very much in his life was someone he could love, hold and kiss every day. Then Liang showed up in his life and took him by surprise, making his heart beat faster every time he looked at her. He fell in love with her eyes, her personality, and her inner beauty. He says he will always love her, take care of her and treasure her.

Liang is an independent lady from Beijing. She is a successful woman with her own business and is also a good mother to her son. She had been searching for a soulmate and life partner for a long time until five years ago, she found James and fell in love with him at first sight. He reminds Liang of the happiness of falling in love. She says she loves James’s eyes when she looks into them and sees confidence, trust, safety, and love! 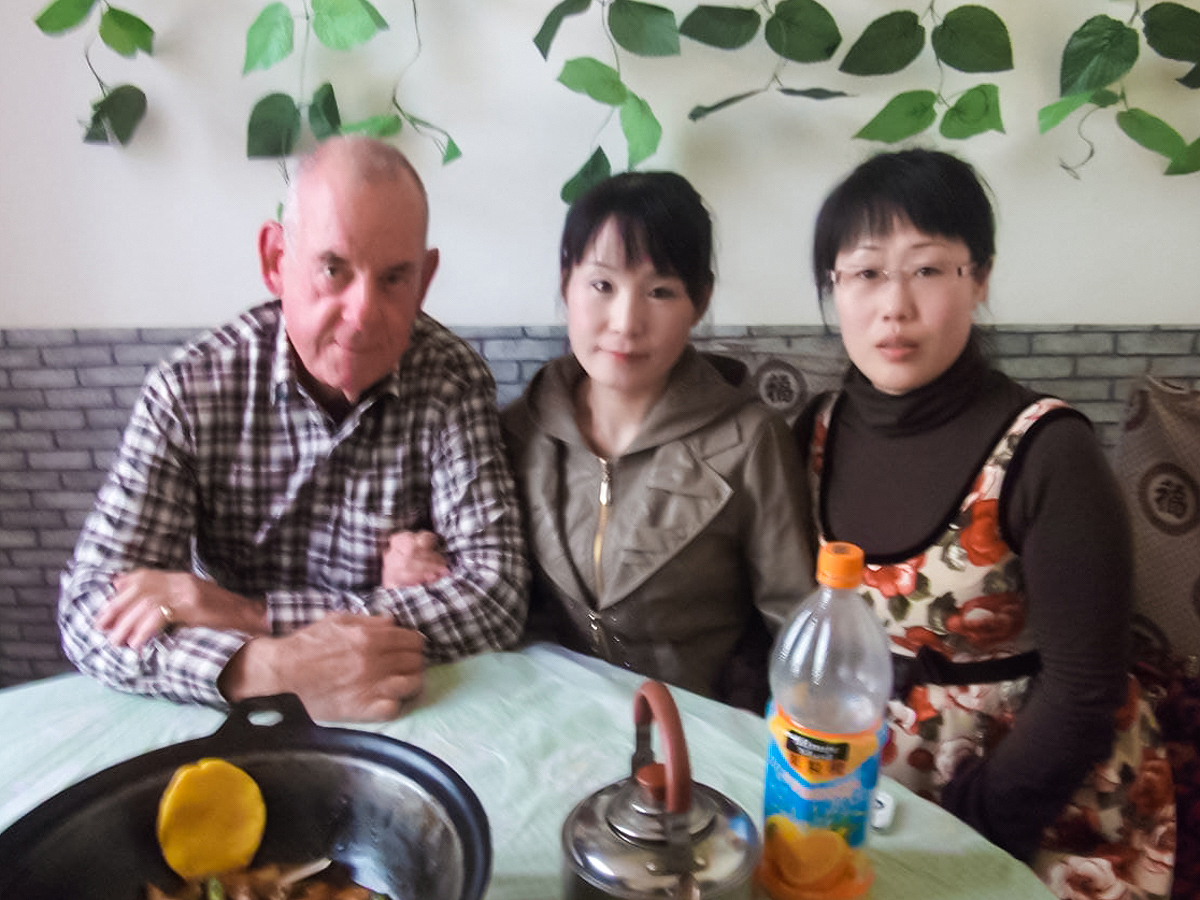 Fate brought Tom and Juan together in 2015 when they started dating and fell in love. Two years later, they finally got married and are now are living happily with their newborn baby!

Tom is from Canada where it is very cold in winter, just like Juan’s home in Shenyang. Tom has one older brother and one younger sister and has three kids of his own who are now grown up. Nearly all his family live quite far away so it is hard for him to meet them very easily or very often. Tom says he was tired of being alone after being single for over 10 years and knew it was time for him to start a new life with a pretty and loving Chinese lady. Then he found Juan and he told us that she changed his life very much for the better and he loves her so much.

Juan had been a single mom for over seven years and worked hard in Shenyang as a manager. She spent a lot of time with her daughter and at work. She often dreamed that someone could help her and love her for the rest of her life so she felt so lucky when she met and fell in love with Tom. At first, they talked a lot and shared a lot, and then they met face to face before finally deciding to get married. Now Juan is happy with a smile on her face every day and says that thanks to Tom, her life is full of light, hope, and power! 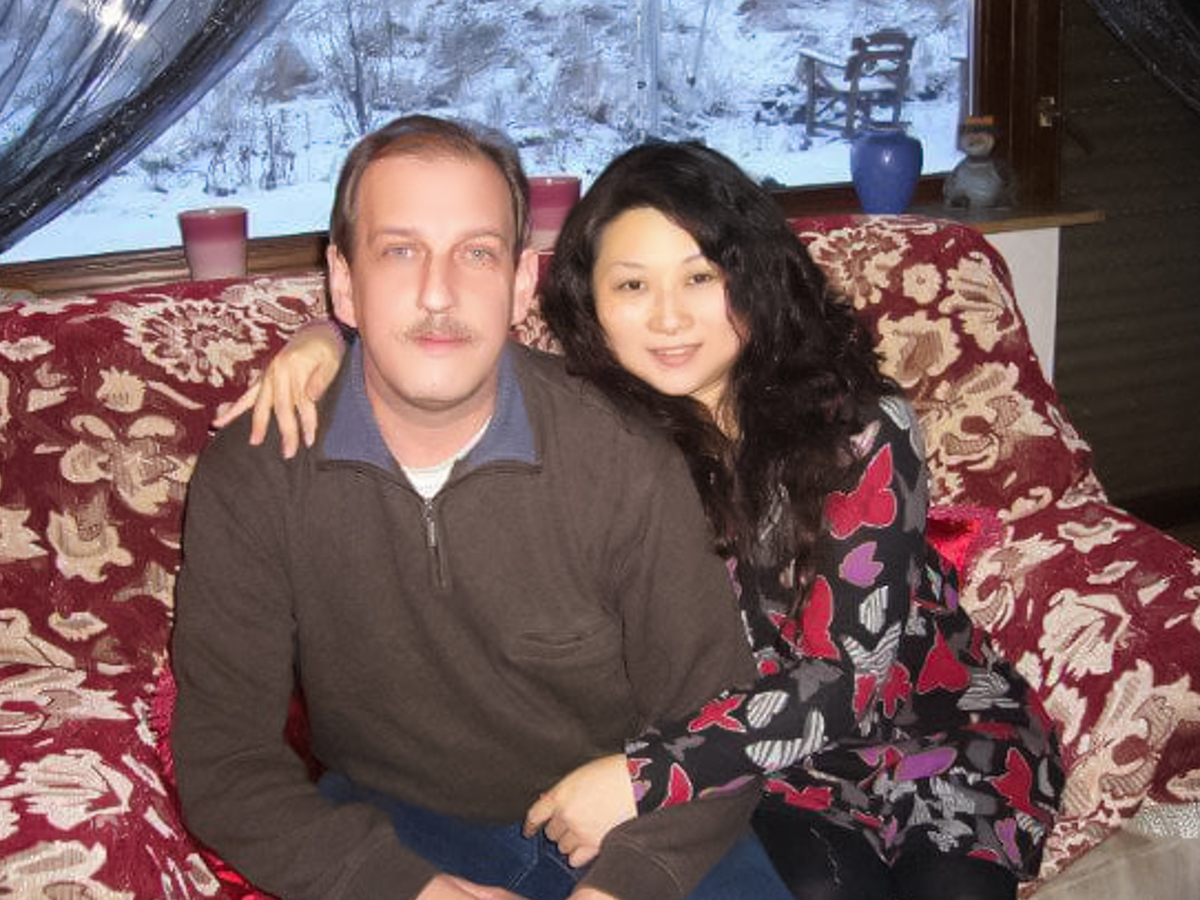 Somehow it happened that I only dated Asian women. There is something charming in their visions of life and love, which I really like. Here I found one who is close to my heart and I understood that this was the very woman I wanted to be with.

This picture was taken when Ting and Thomas traveled around China in 2014!

They started to talk on our site in 2013. Thomas said that Ting was a really pretty and loving girl who very much surprised him. She was also very warm and melted his heart. He was tired of being alone after being divorced for five years and he had been interested in Chinese women since he was young. Now he finally had the chance to love this pretty Chinese girl, Ting. Thomas is an engineer so he travels a lot and he says he hopes to travel around the world with Ting in the future.

Ting has divorced ten years ago and since then she dated some Chinese men but there was no happy ending with any of them. She did not give up though so she tried our site and was lucky to find Thomas who stole her heart. Since she had grown up in a single-parent family, she really needed lots of love and affection and Thomas gives her all she needs and wants. She says that Thomas is her angel and savior. 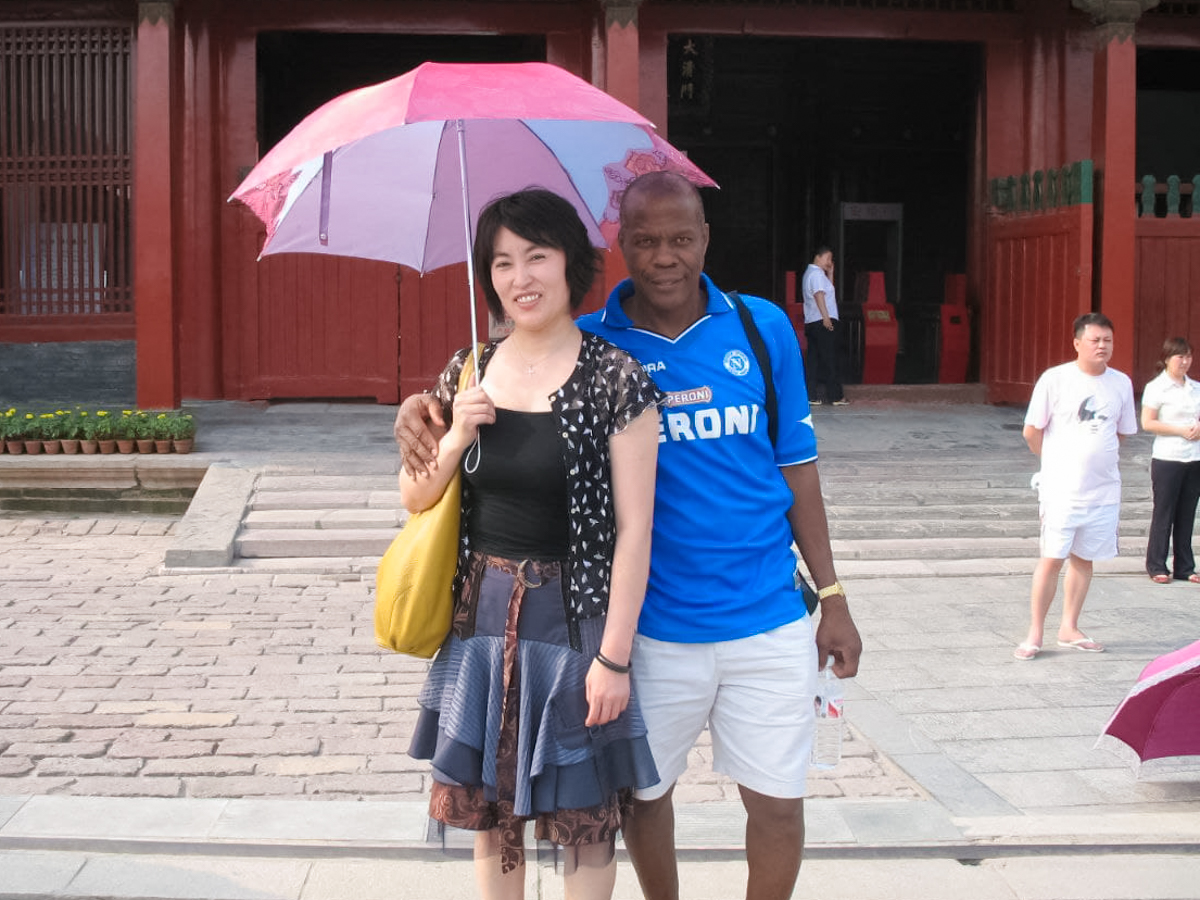 AsianSingles2Day proved language could never be a barrier in love as they provide interpreter services for the phone calls. My partner Jiao did not speak English so the interpreter helped us with translations. They fulfilled my wish to hear the voice of my loved one. This website became my knight in shining armor.

Tim and Ling started talking on our site in 2016 and now they are married and living in the USA!

Tim has always loved Chinese culture, history, and food very much. He has a business in China so visits the country often and thinks Chinese girls are really pretty so he joined our site to find a Chinese girlfriend. He had been single for 12 years and was now ready to settle down with a Chinese lady. He says what attracted him most about Ling is that she loves family life and to take good care of him and she also makes him feel he is needed and is worthy of her love!

Now let us talk about Ling. She is a simple lady from Tieling in China who has a son who lives with her. She is a lady who loves life and who has many hobbies but the only thing she lacked in life was someone who could listen to her, understand her, and love her forever. Now she has found Tim, she feels so lucky. Tim always supports her no matter what she wants to do. They have a lot in common. She says that with Tim she feels like she is a princess! She told us, she is very grateful to our site because now her new life is truly wonderful! 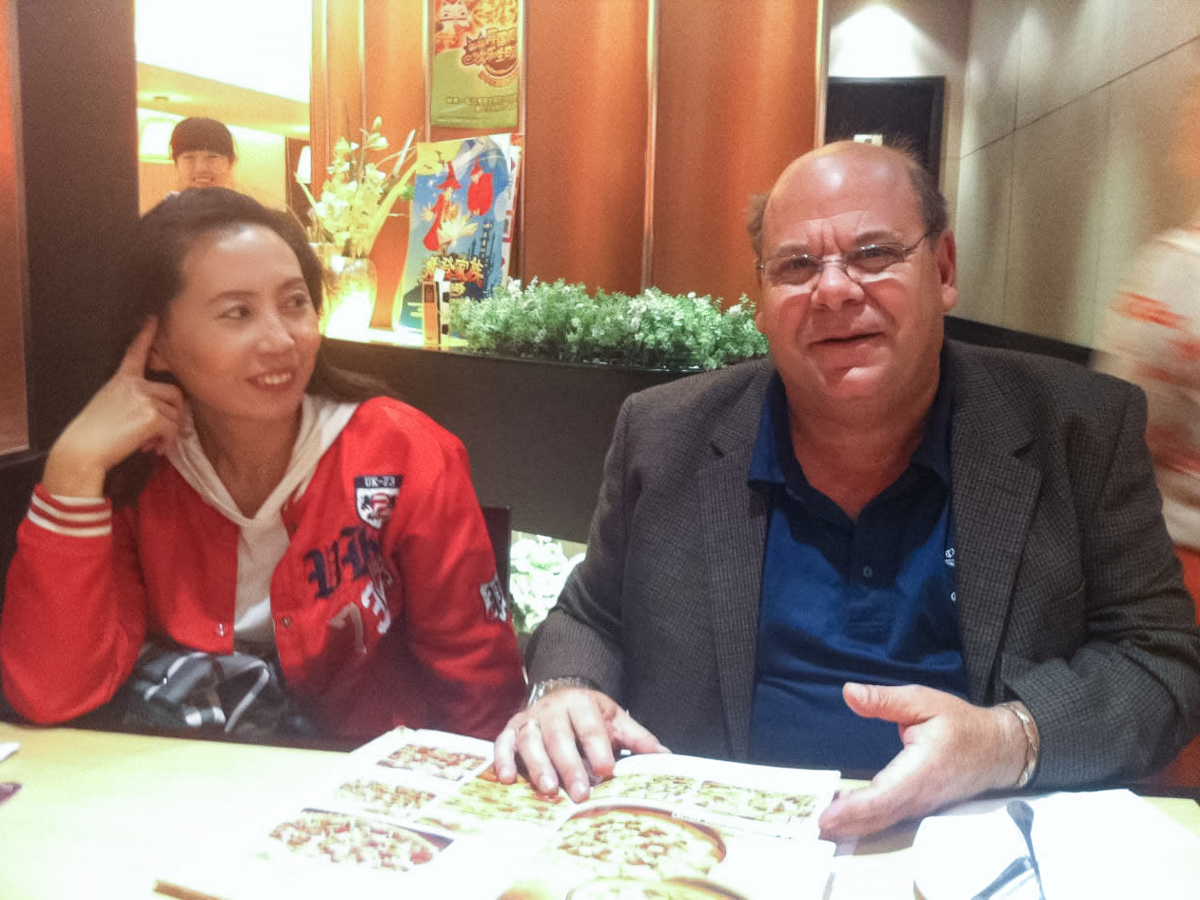 You are already prompt, kind, and excellent!!

This site is the one you can count on. All my western and Asian friends who are single can trust the platform and connect. They have awesome services as they provide live chat and video call facility You can search different profiles according to your match.